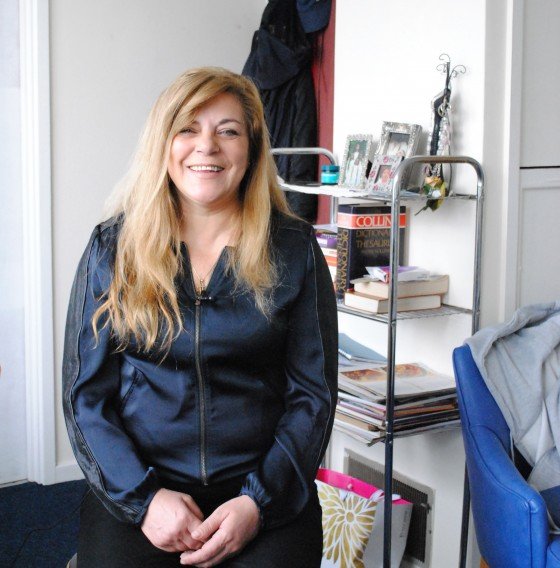 Clara da Costa recently moved into Riverside’s Beck House in London, where she’s become so involved that she is now the tenant representative, and is applying to become Tenant Inspector. However, as with many homeless people, she faced a struggle to get there.

Born in Spain, Clara moved with her family to England to escape General Franco’s regime, and grew up in London.

Part of a large family, she was raised traditionally, and felt that she didn’t have much of a social life or broad education: “We were taught how to be a housewife, basically.”

Her family home was violent and abusive, and she ran away several times. When her father died, her siblings ‘scattered’, and she is no longer close to them.

She drifted between a number of different jobs, but really wanted to have a family. When she did marry, eventually having five children, the relationship became increasingly abusive.

“Unfortunately the more children I had, the more angry my husband became,” she explains. At this point she began to go to church, also moved to do so by the death of her first child.

After being diagnosed with post-natal depression, Clara found it increasingly difficult to cope with life. “I thought it was a weakness… I was scared of the word depression.”

Once she and her husband were divorced, she decided that her children would be better off without her, and moved out. “I didn’t want to tear my children away from the family home; so I walked away from everything.”

Clara sofa-surfed for a while before entering the first of many short-term living arrangements. Bouncing between shared living, council housing and hostels, she was exposed to anti-social neighbours, violence and drugs.

“I didn’t believe people were allowed to live like that. But if you didn’t like it, someone else would soon take your position,” she says.

She was desperate to live an independent life, and find her own safe space where she could rebuild a relationship with her four daughters.

Watch the video below to find out the rest of Clara’s story.

“I want to take this opportunity to thank whoever does the hard work that enables us to live here, and gives us the benefits that we have. For that, and on behalf of the other residents, we are very grateful.”

Huge thanks to Hywel Davies for filming and editing.

Following the announcement of funding for people sleeping rough during COVID-19, we've been exploring different housing needs by sharing stories from our services in Wakefield.

"If people are close together for long periods of time, the risk of spreading or catching the disease increases drastically. Overcrowded living conditions are therefore the perfect environment for the virus to spread."