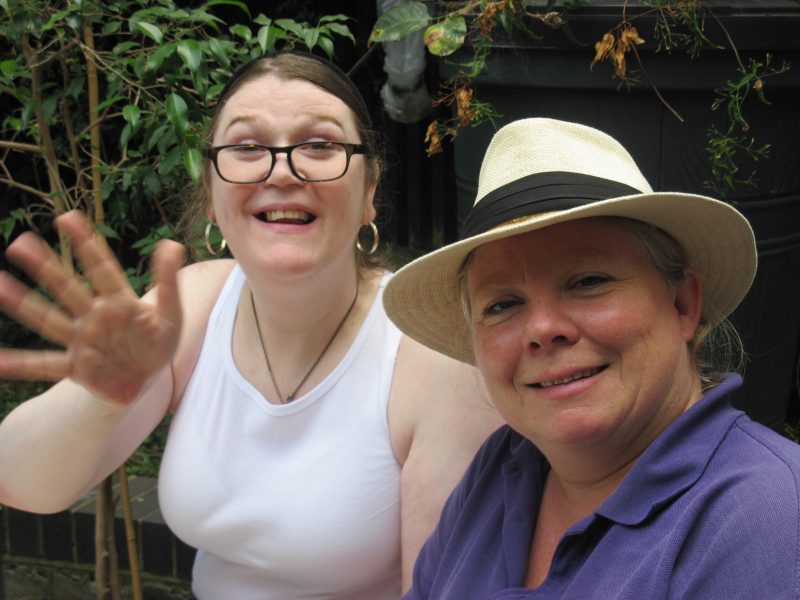 Church Housing Trust was pleased to attend the launch of its garden project for with homeless women in central London, funded by the Big Lottery.

The project involves revamping the garden of Queen Mary’s hostel, a service for single homeless women, to make a welcoming and therapeutic private garden space. The revamp will be run by Thrive, who create gardening programmes for isolated or vulnerable people.

At the launch last week, the women were given the chance to sign up for the project and begin to plan the scheme’s garden. These are the stories of two women who signed up.

Michelle left the children’s home where she grew up at the age of 16, and moved to London. She worked in catering but, overwhelmed by traumatic experiences from her past, she suffered a breakdown.

Unable to cope with day-to-day life, she lost her job and her tenancy, and ended up living rough. She has been at Queen Mary’s for eight years now and longs to be independent. She loves cooking and baking, and has been helping other women at the hostel to learn these essential life skills.

Michelle is also considering voluntary work in a charity shop in order to gain experience and meet new people. She is excited to have an input into how the garden will look.

When she was six, Deborah moved to California with her mum. Thirty years later, she had had a family and was working as a nurse. However, her mother never arranged for Deborah to become a US citizen. This had no effect on her life, until 10 years ago when she committed a crime. After serving a short sentence, she was deported to the UK, a place she had not seen in more than 30 years, and where she had no family or friends to turn to for support.

She received help from Prisoners Abroad to get on her feet, but her mental health deteriorated and she became homeless. Her long absence has estranged her from her children, and she is lonely.

She is currently taking a mosaic course, something she has a gift for, and will be joining the gardening project at Queen Mary’s to creating some mosaics for the garden, sharing her skills with some of the other women. Deborah says she is determined to “sort herself out” and “leave the door open to my kids”.

We've spent over £14,000. Our donors are amazing, but we need your help to keep up with the many people that need our help.

Damian was living on the streets, sleeping in local parks. After five months, he got his own flat, but had no possessions left to call his own.

We funded many necessities he would not otherwise have had, including a bed. Everyone should have a bed to sleep in tonight.

We are currently experiencing technical issues on our website. If you are trying to donate or access information on homelessness, please bear with us! We hope to have it up and running again in the next few hours.