Hope for the Homeless – Elisha’s Story 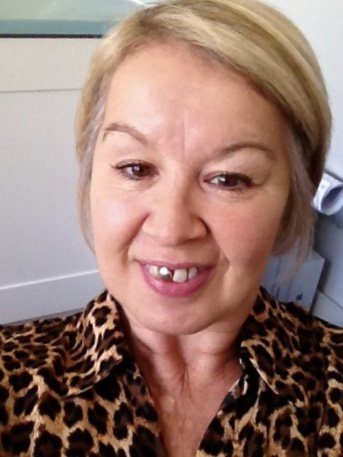 Back in May, Church Homeless Trust interviewed Elisha. Elisha is a shelter coordinator at St Patrick’s Church in Brighton and we’ve been supporting her work for some time. She had plenty to say about her work there, what inspired her to do what she does and what she thinks the future of homeless services could look like after lockdown.

Q. WHAT IS THE SITUATION ON THE GROUND LIKE IN BRIGHTON?

A.  We’re in lockdown and the council have been working really hard to get everyone into housing, and lots of hotels have been opening up; outreach teams have been deployed to help rough sleepers access this accommodation. As for St Patrick’s, we had to close night shelter on 30th March; we then had a property made available to us where we were able to house the remaining night shelter guest. Most have now moved on to other accommodation. In some ways, the pandemic has been a blessing in disguise for homeless people because the council haven’t been so rigid about needing a local connection and are taking people who would otherwise have struggled to be housed.

It’s also been great that they’ve got their own rooms, many with their own ensuite bathrooms. It’s been wonderful to see them not having to go out in the day as they had to in the night shelter. One man I regularly supported, who had been quite chaotic and difficult to work with had access to his own space and has since flourished. He’s now been housed and it’s been incredible to watch his journey. He recently told said; “I don’t need to go out, I don’t need to be anxious or worry about what’s going to come at me during the day”.

Overall it’s been so rewarding to be able to work with them more closely since the start of lockdown, to work on their move on plans. I’m still going about my days, going to work, and doing what I need to do. For many homeless people, these last three months have  definitely had a positive impact. In my area, they’ve all been housed and now have a roof over their head. I ran into one man who’d previously left the night shelter due to ongoing addiction issues, and I’ve since been helping him. He phoned recently and said ‘thanks so much I’ve got somewhere to live’ – it was wonderful to hear.

Q. WHAT CHANGES WOULD YOU LIKE TO SEE HAPPEN REGARDING HOMELESSNESS AFTER THE PANDEMIC IS OVER?

A. I’d like to see them opening up hotels on a more long term basis, and moving those currently in hotels into other permanent accommodation. Many of the homeless people there now are questioning what will happen to them after this is over. If I had the provision I’d be working towards opening something permanent myself as it’s needed. Night shelters are great and serve an important function, but these last months have made me see that it’s not enough, because I don’t want to be running a night shelter and having to watch these people going out in the day time and facing the dilemmas and traumas they face daily. A place where we can work with them and work towards moving on securely would make a huge difference. Right now my question is, what are they going to do with those housed in hotels after this? Put them back on the street?

Q. WHAT ROLE DID YOUR OWN EXPERIENCES HAVE ON YOUR DECISION TO BECOME THE COORDINATOR OF A CHURCH SHELTER?

A. The reason I do the job is that I was called into this role by God. I was addicted to drugs for 38 years, and I spent time in and out of prison, living in hostels, and had even spent time in St Patrick’s and all the hostels in Brighton. I feel this is what I am born to do. When I was going through addiction and struggle, I couldn’t see a way out, and there was always something missing. I wasn’t close to my family and missed having that companionship and support that you don’t get in a dysfunctional home. I didn’t feel loved or supported then, but since I was called into this role that has changed. Seeing them growing and flourishing is deeply rewarding. I find this role extremely challenging of course, but I couldn’t see myself doing anything else at this point in time, and these guys need someone to have their back and be a voice for them.

Q. WHAT ROLE DOES FAITH HAVE IN YOUR WORK?

A. I wouldn’t be in this work if it wasn’t for my faith. If I had no faith, I wouldn’t known His calling. It’s incredible to see God’s hand at work in some of these people.

Q. IS THERE ANYTHING ELSE YOU’D LIKE TO ADD?

A. I would say we focus too much on the negative and people are driven by fear and anxiety, but I trust that within everything that we see as negative is a  part of God’s plan. We have a window of opportunity now where we can start to do amazing things for homeless people if we get the provision, finance and the right people to be able to do that.