Written by Miriam Morris, CEO of Church Homeless Trust. In granting automatic planning permission for new homes and hospitals, the government are seeking to speed up building.  It won’t work,… Read more »

Back in May, Church Homeless Trust interviewed Elisha. Elisha is a shelter coordinator at St Patrick’s Church in Brighton and we’ve been supporting her work for some time. She had… Read more » 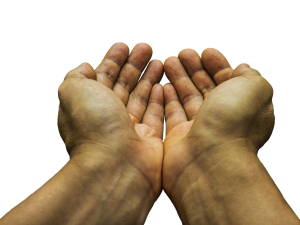 In the wake of recent developments, CEO of Church Homeless Trust Miriam Morris urges the public to cease panic buying and think of the most vulnerable in society. Food banks… Read more »

Homelessness can cause a huge amount of emotional distress and add to existing mental health issues. For people experiencing anxiety or depression, it can be difficult to speak about upsetting… Read more »

A group of people recovering from homelessness have gone on a boat trip with their support workers. The Swingbridge narrowboats on the River Wey are staffed by long-term volunteers. They… Read more »

We were extremely saddened to hear of the death of someone we recently helped. Rosie had recently moved into her own flat after a lifetime of instability. Before that, she… Read more »

Homelessness deprives people of so many little things that we can take for granted. People staying at hostels may be recovering from mental health issues and substance misuse. They may… Read more »

An album of original piano compositions will shortly be released to raise funds for homeless people. We’ve already told you about composer Vince Pope, who has won awards for his… Read more »

We hope that things will get better. A sentimental wish with angels and shepherds, And a cute baby. But there was pain and dirt, And so much killing of the… Read more »

This is the seventh of our series of short messages on each of the Great Advent Antiphons, used on the last seven days of advent. O Emmanuel, our king and… Read more »

This is the sixth of our series of short messages on each of the Great Advent Antiphons, used on the last seven days of advent. O King of the nations,… Read more »

"Unless we learn from the mistakes of the past, we will never know how to build back better."

@MaeveMCC's book 'No Fixed Abode' shows the way the UK's increasingly underfunded housing and support provisions have left people to fall through the cracks.

In Stylist talking about the gaps in support for tenants, alongside some excellent advice from experts at @CitizensAdvice & @Shelter.

The Govt's piecemeal approach to this has created huge confusion, so if you're wondering about your rights give it a read https://www.stylist.co.uk/life/eviction-ban-notice-renting-rights-landlords-coronavirus-crisis/426780

We must ensure that thousands aren't made homeless this winter due to events far beyond their control.

The eviction ban must be extended.