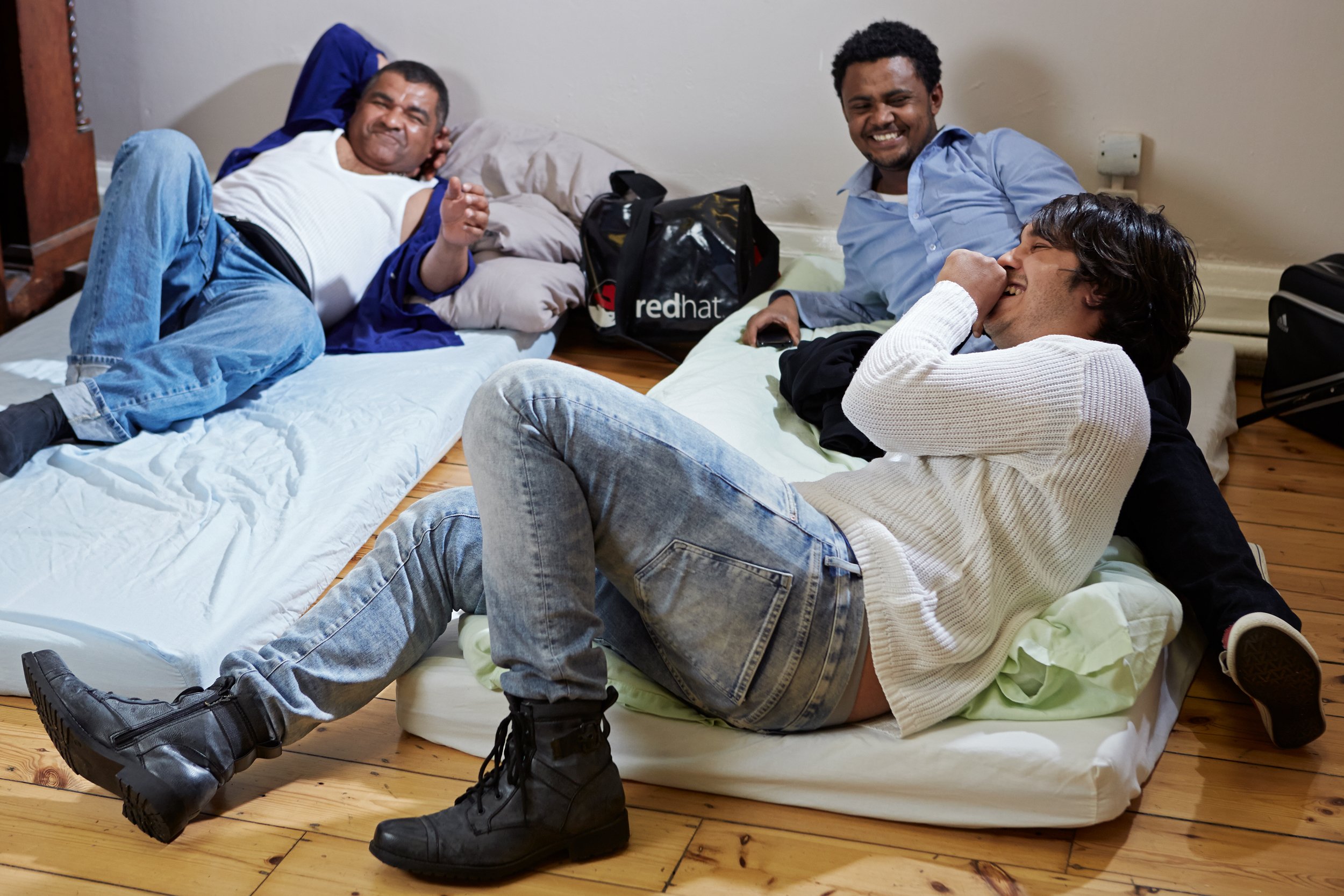 Our work with church shelters

The majority of church winter night shelters have now closed.

But with our support, 66 people staying at church shelters across England received resettlement grants to move into their own homes. Many are working, but could not afford a deposit. Others had no spare money for furnishings, and so faced moving into an empty flat and sleeping on a bare floor. Thanks to our supporters, they could instead buy basics to furnish their new homes.

Others received grants for clothing, travel to volunteering or work, and for access to therapeutic activities such as exercise. All of these help them to move away from the image of sleeping rough and on to the future they want.

Andrei lived and worked in England, but when he was diagnosed with leukaemia, he returned to his home country for treatment. Now that he is in remission, he has come back to work and was saving for a place to live.

Funding from us meant that he could move straight from the church shelter into a flat, rather than spending months more on the street. He now has a safe home in which to continue his recovery and plan for the future.

These individuals have gone from rough sleeping to living in a safe space of their own.